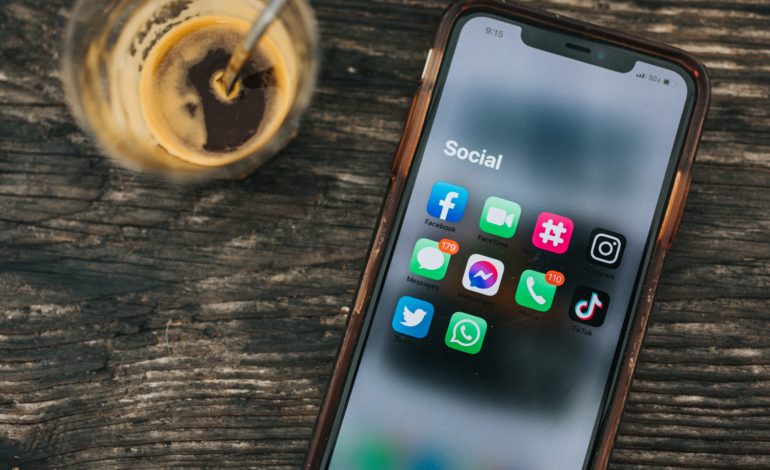 Sure, the more social media networks know about us the more relevant the ads we are presented with, the friends status updates we notice and the happier we are with the channel in general. But for small businesses and other organisations, this means it’s becoming increasingly harder for your posts to be noticed organically.

We hope that by explaining the algorithms for each major social network, you’ll know what you have to do to win a place in the news feeds and timelines.

What are social media algorithms?

Before we jump in, it’s important to understand exactly what a social media algorithm is.

Social media algorithms take the reins when it comes to determining which content to deliver to you on a daily basis. For example, Twitter and Facebook might put posts from your closest friends and family first, as these are the accounts you interact with most often.

Why do social media algorithms exist?

There are tonnes of content floating around social networks.

350 million photos are added to Facebook every day and around 6,000 Tweets are sent every second!

Without social media algorithms, sifting through this content would be impossible. Especially for users that follow hundreds or thousands of accounts on a single network, so in theory, algorithms do the hard work of delivering what you want. But, there’s also the belief that social media algorithms exist to push businesses and brands to pay for ads. As it’s getting tougher for them to reach their audience organically, they’ll have no choice but to turn to paid promotions, which ultimately results in more money for social networks.

Organic traffic has been declining since 2014 on the social media giant. A page with 10,000 fans would only reach just 650 of them before the 2018 announcement, which is the result, as Facebook claims, of simply too much content on the platform.

This could be the reason as to why Facebook is moving from the over-populated news feed to Stories. Currently, one billion Stories are shared on the platform every day. They are also located on top of the news feed, so Stories are usually the first things users see.

Now let’s get into the nitty-gritty of the algorithm.

The way the news feed is ordered and presented is based on four things; inventory, signals, predictions and scores.

Inventory
This refers to all the available content on Facebook, whether it’s posts from your friends, family or pages you’ve liked.

As you can see, Facebook is all about real engagement from real people.

Predictions
This is where Facebook uses your profile and behaviours to decide what to show you. They predict how likely you are to interact with content, keeping things they think you won’t like off of your timeline.

Score
Each piece of content is assigned a value to determine its relevance to the user. The higher the relevancy score, the more likely it will appear in the feed.

1. Try out Facebook Stories
These aren’t affected by social media algorithms (that we know of) and you can usually get your message across within the 20 seconds that they last for.

2. Create more engaging and less informative content
As much as you want to give your follower’s as much information as possible, this isn’t that useful for receiving comments. For the sake of the algorithm, create content that drives engagement, asks questions and maybe even drives controversy in the comments.

3. Use Videos!
Videos drive more engagement and comments than any other type of content. This is especially true for live videos. Turn your top tips into a quick 30-second video, give a product demo in a minute or host a live Q&A.

4. Changing Perceptions
It’s not uncommon for small businesses to view Facebook as a free broadcasting platform. The rule of thought for Facebook was to gain followers so that people who liked their page would see everything that they post.

But thanks to algorithms, Facebook is way past this. Organic traffic might not grind to a complete halt, but it’s surely getting there.

Let’s be real, Facebook was never made for businesses to profit from it for free. It’s definitely becoming more of a pay-to-play market where your followers are an exact target audience gathered conveniently all in one place. Facebook allows you to advertise more precisely and more effectively, rather than doing it for free.

The picture-sharing platform is quickly becoming a really important platform for most marketers.

Instagram introduced its own algorithm in 2016, and unlike Twitter and how Instagram worked before the algorithm was implemented, you are now shown posts that were published a few days ago.

The aim behind Instagram’s algorithm is to show you the content you’ll engage with, to keep you on the platform for longer, therefore showing you as many ads as possible.

There are three important factors which determine what you see:

Relationship: If the user comments a lot, Instagram thinks they are friends or family.

Other determining factors are:

Frequency: The more the user opens the app, the more chronological the posts will be.

Following: The more people the user is following, the pickier the algorithm gets.

1. Post Consistently
Instagram won’t penalise you for posting too much, so there’s no harm in posting every day!

2. Use hashtags
As far as social media algorithms go, hashtags assign a category to your content to make it more likely to appear to users interested in that tag.

3. Use Stories
Again like Facebook, Stories are really popular and are usually the first things people see when they open the app. Over 500 million Instagrammers post to their Stories daily and remain at the top of the app for 24 hours.

Twitter has two kinds of algorithms, chronological and algorithmic, allowing the user to switch between them. When deciding which Tweets to show you first, the latter algorithm takes into account your previous behaviour, however, time is still the most important ranking factor on Twitter.

Engagement: Tweets with a higher engagement rate are more likely to be shown.

2. Tweet every day
As Twitter is all about showing you what’s happening right now, you need to be Tweeting every day!

Whether you like it or not, LinkedIn judges you 24/7. As part of its algorithm, it assesses your profile against three categories: identity, content, and behaviour.

The identity factor takes into account where you work, what skills you have and your connections. The content factor looks at your posts, video views and engagements, as well as which companies, people or topics are mentioned in the post. Finally, the behaviour factor takes into account what you’ve liked and shared previously, who you interact with and where you spend your time in the news feed.

From these three factors, LinkedIn presents you with your personalised feed and suggests people to connect with. While the algorithm is focused on your job, connections and previous educational institutions, it soon promises to add ‘interests’ to the algorithm. This way, LinkedIn can match you with content based on your personal interests as well as professional ones.

Here are the ranking factors based on the content posted:

1. Engage with your network
Start liking, commenting and sharing the content of your network connections. This way, LinkedIn’s algorithm is more likely to see that your content is also relevant to them.

Ways to Outsmart the algorithms

Rather than looking at social media algorithms as brick walls, understanding how to create the sort of posts that algorithms want to see is much more effective.

It may take a bit of trial and error, but there are steps that can be taken to optimise your posts. The key? Finding the right balance between what an algorithm wants and creating compelling content your audience enjoys.
No social media algorithms are the same, but here are some general algorithm strategies that can be used across all social channels.

Social media algorithms treat engagement as a snowball effect. The more engagement a piece of content generates, the more likely it is to be rewarded by the algorithm.

One of the easiest ways to encourage engagement is by asking questions, inviting your audience to enter into discussions. This call-to-action allows you to boost interactions whilst connecting with your audience on a deeper level.

Tagging other accounts kind of acts like an invitation for other users to take a look and hopefully share your content. If you’re mentioning another business or customer, get tagging!

This can also be applied to tag-a-friend posts where your followers are asked to tag friends in response to a comment or question. Be careful not to over-do it with these types of posts though, but they are useful if you’re hosting promotions.

Remember we mentioned the snowball effect of engagement?
Posting at the time when your audience is most likely to be active means that your content is more likely to be seen. The best times to post on social media vary from network to network, so we recommend taking a look at this blog which explains the optimum times to post for each platform.

You should strive to be an active user no matter what network you are posting to, as social media algorithms reward accounts that post consistently, as opposed to those who post every now and then.
This is why it’s so important to create a content calendar that allows you to post regularly to your chosen networks. Trust us, this will save you from rushing around trying to find something to post. A carefully thought out content plan will allow you to know exactly what you are going to post and when.

54% of consumers want to see more video content from a brand or business they support.

Native video content (content that’s published to the platform rather than an external link) is rewarded by social media algorithms. Whether it’s a boomerang or a BTS, any type of video is gold! 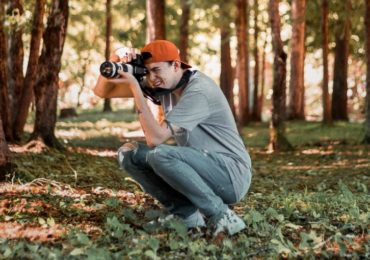 Using social media to grow your side hustle 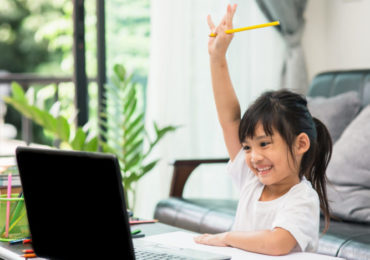 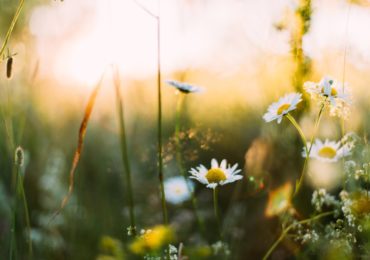 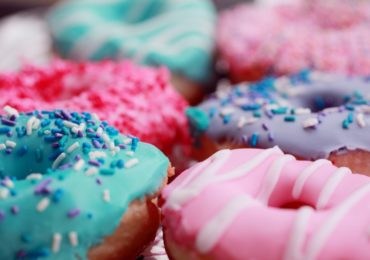 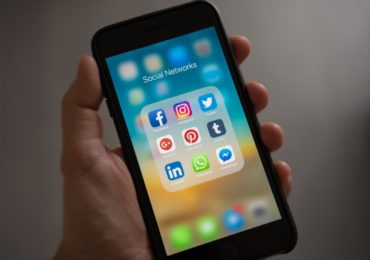 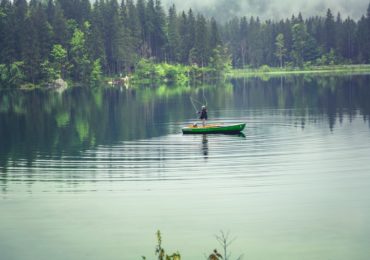