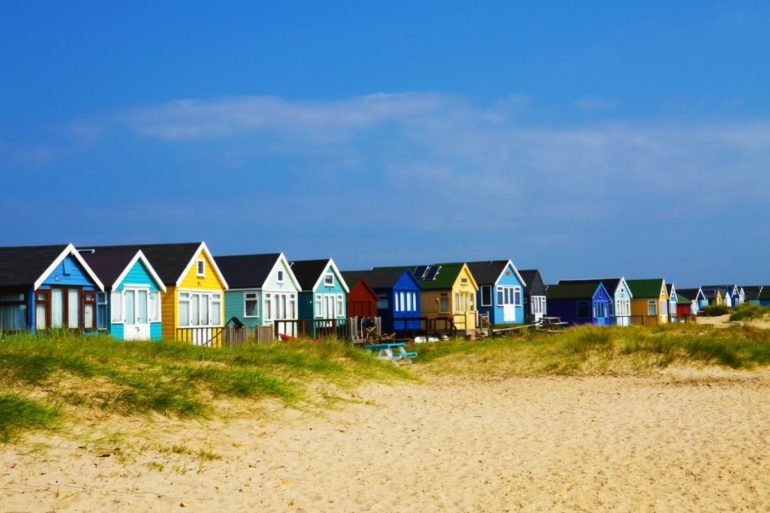 August, already?!
Social platforms have been busy during July, making changes that are sure to excite small businesses, freelancers and social media marketing personnel! So let’s jump in…

Twitter is working on a new feature which will allow you to re-order your attached images via a drag and drop process, making it easier to tailor your Tweets to appear as you’d like them too, as opposed to uploading images in the exact order.

This simple, yet effective feature will be welcome news for many Twitterers, and it’s often the small changes that end up being the most useful. Providing users with the ability to control their Tweet presentation, and removing the frustration of forgetting what image appears where, deleting and starting over.

Over the past few months, Twitter has been testing out a new version of its desktop UI but announced in July that they would be rolling out the updated Twitter.com experience to all users.

As you can see from the video above, the new Twitter desktop includes a whole host of new features to better desktop users’ experiences, such as:

More of What’s Happening: Twitter has brought over Explore for desktop users, bringing the same content as what’s found in the app. Desktop users can expect to see more live videos and local moments that are personalised for wherever you are in the world.

Easy Access to Favourite Features: Bookmarks, Lists and your Profile now have their own spot on the side navigation, making it easier and quicker to jump between different tabs.

DM’s in One Place: Twitter has expanded direct messages so you can see your conversations and send messages from the same view.

Login and Logout Quickly: This feature is particularly useful for social media managers who look after multiple client accounts, or for those who have food or meme accounts, as you can now switch between accounts faster from the side navigation.

But it’s not just cosmetic changes, Twitter is also working to improve back-end systems and processes to ensure that both desktop and mobile experiences are better integrated for all users, according to this statement from Twitter’s Engineering blog:

“One of Twitter’s goals is to reach everyone everywhere.  Twitter’s web apps are critical to making this happen. They don’t require installation and are immediately accessible by almost every connected device in the world. The open web has unparalleled discoverability and reach. However, the Twitter web team found it difficult to deliver on the promise of bringing Twitter’s features to everyone on the web due to our large user base and the variety of devices they use.”

Facebook is re-launching search ads after a 5-year absence! This time around, search ads have appeared to have been ‘significantly expanded’, with Facebook advertisers reporting that ‘Search’ is now an option within their Ad Placement tools.

The search option is showing for more business in their ad placement options. So what does the search option mean for ads? When someone searches for a related term on Facebook, you can target that query, and have your ad shown in the results, similar to Google search ads.
Facebook originally launched search ads back in 2012 but dropped it shortly after. This re-launched version is different from the original but continues to focus on the same functionality.

It’s worth noting what users are searching for on Facebook. In 2016, Facebook said they were facilitating over 2 billion searches per day, a significant amount to consider. And with no updated statistics on this, plus changes in social media usage behaviours, the opportunities are more limited.

However, this doesn’t mean that they won’t be effective, but there are some considerations to bear in mind about the ad placements, and whether they will work for your business.

On the same day as they received a $5 billion fine for data privacy violations, Facebook revealed they saw an increase of their MAU (monthly active users) along with a $16 billion revenue results for Q2 of 2019.

Let’s take a look at the numbers:

Firstly, Facebook is now up to 2.4 billion MAU, with its most significant audience growth coming from the Asia Pacific region once again.
Daily active users have also continued to grow, now amounting to 1.59 billion DAU. These numbers may seem all well and good, but they could mask a larger issue in that Facebook could be experiencing less usage overall.

As reported by The Information, Facebook’s internal data science team has concluded unless Facebook can slow the trend of users posting more often to Instagram, Facebook Messenger and WhatsApp, the main app could face an existential crisis. Of course, Facebook owns these three platforms, so it’s not all bad news.

With that being said, Facebook included a note on overall users across its family of apps within the Q2 update:

To put that into context, the world’s population is 7.7 billion, with 50% of people having no access to the internet. This just frames the scale of Facebook’s global dominance.

Is Hiding Like Counts Leading to the Uprising of Business Profiles?

Instagram continues to expand the initiative of hiding public like counts in order to reduce competition of the platform. New research suggests that an expanding number of young users are converting their personal accounts to business profiles in order to access more in-depth audience data on their post-performance.

Studies have shown that like counts can be particularly harmful for younger users, but what Instagram didn’t expect to see was the number of younger users switching to business accounts, which of course means you need to provide additional contact information such as a telephone number or email address which is displayed publically on your bio.

Researcher David Stier identified that approximately two million 12-15-year-old Instagram users currently have their phone and/ or email publicly displayed on the profile. Obviously, this is a significant privacy issue.
Stier analysed over 200,000 Instagram users profiles in countries around the world in order to come to this conclusion, saying that he tested several sample groups using the same methodology even beyond the initial 200k users. He found the same results every time, drawing the conclusion that millions of underage users are exposing their contact data.

“Over 60 million kids can easily change their profile to a “business account” for which Instagram requires the public display of their email address and/or phone number in-app.”

Technically kids under the age of 14 can’t sign-up for an Instagram account, but that is easily overcome. And with Instagram lessening its focus on likes, perhaps younger users are looking to maintain their Insta ‘cred’ by accessing these more in-depth stats.

According to Stier, he has reported this issue to Instagram but they have yet to act. Stier noted that this could be avoided by masking email addresses and hiding phone numbers, but that would also have impacts for genuine businesses.

With the rise of Instagram Stories, it’s no surprise that Instagram is looking to add new notification tools and options to help boost user engagement. The latest Instagram tool “Stories About You’ listing is reportedly being tested and helps to ensure people are aware of relevant mentions.

All Stories in which a user has been @mentioned or tagged will all appear within this new list, separating these notifications from your general notifications stream. Probably most beneficial for high-profile users who see a lot of mentions, as this new feature would help them to navigate their notifications list and respond to relevant alerts. However, this could also be beneficial for brands, alerting them to mentions in Stories and to understand the related activity.

With over 500 million DAU, Instagram Stories is becoming the primary sharing option for a growing number of people, so it makes sense for Instagram to add in a separate notification system dedicated to Stories mentions. Although this adds nothing new to functionality, it will help users to differentiate between the types of alerts they receive, overall improving user experience.

Back in 2018, LinkedIn began testing its objective-based approach to advertising, which has gradually been rolled out to all businesses over the last few months.

The aims of this update are to make it easier for advertisers to choose the correct targeting options to maximise their ad campaigns. LinkedIn said:

“Objective-based marketing is a complete reconfiguration of Campaign Manager, designed to keep your business objectives front-and-centre at every step of the way.”

The new approach is similar to Facebook’s ad process, whereby advertisers are guided to choose the top-level objective for their campaign. Then by knowing what you’d like to accomplish, LinkedIn points to the key ad formats and features which best support that outcome.

To help get the most out of the new process, LinkedIn has published a new video which explains how to choose the right objective. In summary:

Awareness: campaigns seek to maximise your brand’s share of voice

Consideration: campaigns encouraging your target audience to engage with your brand and gain an understanding of what you’re about

Conversion: campaigns focusing on generating leads and using conversion tracking to measure the impact of your ads so you can optimise for better performance.

You can then further refine your campaign based on these top-level targets.

Are you a freelancer or SME that’s looking to get more out of LinkedIn? This new feature might just help with that.

LinkedIn is rolling out a new option which will enable users to add a section to their profile to showcase the various services they provide. LinkedIn has also added this as a search option, meaning that when people are hunting for people who offer the same, they’ll be able to filter their results based on this new section.

This isn’t available to all users just yet, but if you are one of the lucky ones to have access, you’ll be able to add a Services listing from your profile.
This is just another way in which LinkedIn users can utilise the platform to connect with new business opportunities. Given the rising amount of freelancers, this makes a lot of sense!

How do we feel about the Search ads revamp? Are you a freelancer that’s excited about the new service listings? Let’s discuss in the comments.